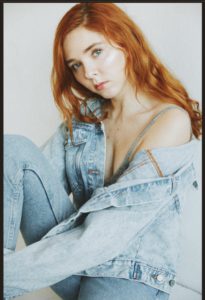 Shawnee Badger is an actor, internationally published model, activist and artist living in Los Angeles, CA. When she isn’t speaking her lines from a script, you’ll often find her speaking truth to power. She has authored and passed many resolutions through the California Democratic Party, including a resolution / language into the 2018 CADEM platform pertaining to the importance of the education and promotion of plant-based living, as animal agriculture is a leading driver of our climate crisis. This resolution was the first to pass a major state political party in the United States and her amendment to the platform made the California Democratic Party the first major state party platform in the country to include language emphasizing the importance of vegan living.